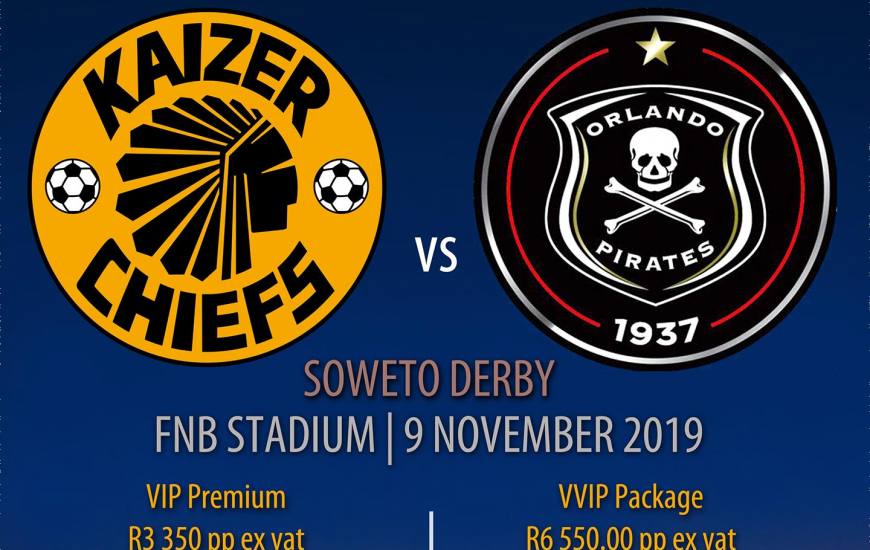 The Soweto derby is a soccer rivalry between Premier Soccer League’s Kaizer Chiefs and Orlando Pirates in South Africa and is considered one of the most fiercely contested matches in African football. It was first contested on 24 January 1970.[1] Matches between the two rivals attract a large fanbase.

Based in Soweto, Johannesburg, the rivalry stems from the fact that Kaizer Chiefs was formed by a former Orlando Pirates star Kaizer Motaung. Motaung had left Orlando Pirates to go play professional soccer in the now defunct North American Soccer League for a team called the Atlanta Chiefs. Upon returning home, he found a lot of infighting among the hierarchy at Pirates. He decided to form a Kaizer XI, which initially played friendly matches with various clubs in South Africa and then this entity evolved to the Kaizer Chiefs.